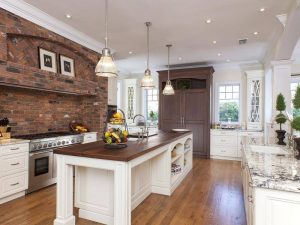 If you are looking for a unique and professional custom home developer in Oxford MI and surrounding areas, please contact the experienced team at Mazza Building & Development Company (248) 352-3305.

New custom home development has seen consistent growth in the last three years and sales of new homes are expected to increase by about 16 percent, or  580,000 homes, in 2014, according to Kiplinger’s Economic Outlooks. And as more homes are built, new architecture trends will begin to appear slowly.

More homeowners are seeing their homes as a place to get away from it all and relax, especially in certain rooms particularly the bathroom. The spa bathroom is really big as a result of more people traveling to nice hotels,  Albert said. In 2014, we’re likely to see bathrooms with walk-in showers, roomy bathtubs and tranquil designs become a big trend for homeowners.

In the past the kitchen was often built at the back of the house, attached to the garage, and away from high traffic areas, but that tradition is changing. In 2014 we’ll see the kitchen as the focal point of the house, often placed in the center of an open floor plan, especially as more homeowners start to use their kitchen space as a multitasking room, or as Albert calls it, mission control. By having the kitchen centered and open, parents can help children with homework, talk or pay bills all while making meals.

While midcentury modern design is thriving? and will continue to do so in 2014, more homeowners are looking at traditional home styles, Albert said. For example, Craftsman homes with large porches, front columns and detailed gables will make a comeback in 2014. Queen Anne-style homes with asymmetrical facades and detailed gables may also see a resurgence. However, attention to detail will be important as homeowners look for exact replicas of the original styles.

More U.S.-based architects are expected to include passive-house elements in their 2014 designs. Originally a European design, a passive house is built to work with the climate. For example, its roof may be pitched to make use of wind power, or it could have large windows installed to attract sunlight that heats the home. A passive-house design can slash energy consumption by up to 90 percent, according to Passive House Institute U.S.

Between the recession and the growing number of senior citizens in the United States, more households are becoming multigenerational. That change is leading to a developing trend in home building flex rooms. Typically bedrooms, flex rooms are designed to give more privacy to larger families and usually include a separate space such as a reading area or study off the main bedroom area. These rooms may also be built with a change in mind. Many flex spaces include a private entrance, which could later become a rental unit,? Albert said. source: realtor.com 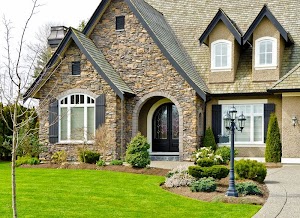